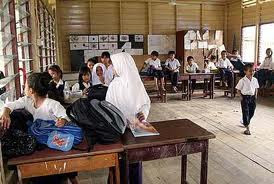 Third of Six Parts: Extending the School Day and Year

In the first essay I suggested enhancing the English fluency of kampong students through increasing the number of hours devoted to the subject and the number of subjects taught in that language, introducing English immersion classes, and even bringing back the colonial-era English schools. The second essay dealt with recruiting teachers, as with those retired ones trained under the old all-English system, native English-speaking spouses of Malaysians and expatriates, and recruiting from abroad. This essay focuses on kampong schools.

Finland demonstrates the crucial importance of having professional, well-trained teachers. That is only one part of the solution. Provide these teachers with superior school facilities, as those Finns are doing, and only then can we expect miracles from our students. Today we provide kampong pupils with neither, and we expect miracles from them. When they do not deliver, as you would expect, they would be blamed and left to shoulder the presumed deficiencies of our race and culture.

What a terrible burden we impose upon our fragile young!

The first and immediate issue is the deplorable physical conditions of kampong schools. Many are unsafe, from roofs collapsing to unhygienic canteens. At first glace this is purely an engineering and public health issue respectively. Meaning, get competent engineers and builders to design and build structurally safe schools, and have public health inspectors to check regularly on the canteens.

Like everything else in Malaysia however, the corrosive effect of political corruption intrudes everywhere, even and especially on school contracts. The roof contractors and canteen operators are at the end of a very long line, after the economic parasites that are the corrupt politicians have had their fill. Then we wonder at why our school children are burnt to death from unsafe hostels. There is no money left for a sprinkler system or fire alarm.

It is a complex and systemic problem, and school contracts are only a small and not even the most lucrative part. So do not expect remedies any time soon, certainly not from the government as these corrupt politicians are it.

Fortunately in Malaysia the various professional bodies still retain some semblance of autonomy. One solution would be for them to hold those professionals accountable. When roofs collapse for example, the engineers and architects responsible should be hauled before their respective professional boards to be disciplined. Revoke a few professional licenses and that would send a clear and effective message. It would not stop political corruption but at least that would keep our professionals honest and, well, professional. The Watergate scandal of the Nixon era saw a number of lawyers disbarred, with salutary effect on the others.

A more direct and practical solution would be to stop entirely the building of schools and focus instead on having classrooms, specifically factory-built modular units. Put a few of these together, and with additional units for administration, teachers’ lounge, and multipurpose use, and you have a school. The only local tender left would be to prepare the site to put these units, grade the school field, and pave the driveway. The monetary value of such tenders would be so small as not to interest the local political warlords.

With portable generators these units could be air-conditioned and equipped with satellite dishes. Then those children would no longer be disadvantaged, at least with respect to digital connectivity.

Put these modular units under shady trees and you lessen considerably the cooling bill. With cool classrooms you could extend the school day and year. Those students would rather remain in class rather than be out in the heat of the day. I would use the afternoon for fine arts as with music lessons, “prep” time, and sports so that when these students leave for home it would be only to play with their friends, and to sleep. All their school work, and more, had been done at school.

I would lengthen the school year from the current 180 to 210-220 days, to match the Japanese. This is one area to “Look East.” I would also provide lunches and mid-morning and mid-afternoon snacks to ensure that the pupils would get adequate nutrition. Besides, it would hard to educate a hungry kid.

Next to nutrition is health. You cannot educate a child who is unhealthy, and you cannot keep a child healthy who is uneducated. During my primary school days in the early 1950s, there was a dental clinic at my school and we had regular checkups. Indian and African school children are today regularly de-wormed. That is one intervention that contributes most to their improved school performance and reduced absenteeism.

Worm infestation was endemic during my youth as kampong kids were essentially kaki ayam (barefooted) at home and in school. Today with a better economy, they wear shoes. However, now with frequent floods, worm infestation may again be a major factor. We need solid data for if indeed this is a major problem, it can be readily and cheaply remedied.

I would enrich the curriculum with music lessons and singing classes. That would boost the pupils’ confidence and spill over to their academic performance. This has been demonstrated in rural Venezuela with its highly effective El Sistema program, and has been successfully replicated in inner-city schools of New York. Singing is also the best way to learn another language. I learned English through singing Baa Baa Black Sheep, as well as taking part in debates, speeches and class plays. Those activities would not and could not be readily tested at the end of the year, but they contribute immensely to learning.

Kampong schools are also small; we should exploit that advantage and not let it be a liability or be an excuse for not doing anything. For one, the teachers would get to know the students and their families well. Learning and other problems could be spotted earlier and effective interventions instituted sooner. Rest assured that there would be no bullying or other anti-social behaviors as they would be spotted much earlier before they could get out of hand. America’s Small School Movement championed by Deborah Meier is premised precisely on these proven advantages.

There are definite challenges to small schools however, especially when they are scattered in rural areas. Again here we can learn much from America, especially with the experiences of Midwestern rural states. Consider the availability of teachers especially in such areas as music and special education. One solution is “clustering” where a group of four or five nearby schools would share a teacher.

Another would be the virtual classroom where you could have one room specially wired so students could be connected digitally to a teacher elsewhere. Technology can greatly alleviate many of the problems associated with the isolation of rural schools.

Malaysia has a definite advantage in that even though our rural schools are scattered, they are not as widely spread out as in America; thus travel or transportation would not pose a major problem. Malaysia also does not have America’s problem of declining enrollment in its rural schools. In fact it is increasing, which makes solving these problems even more pressing.

For those who think that my proposals as unduly expensive, consider the price for not providing our kampong children with superior education. That will effectively trap them in perpetual poverty, with dire consequences not only for them but also for the rest of Malaysia. A large component to the Bumiputra/non-Bumiputra gaps in educational achievement, as reflected in the recently released SPM results, is the consequence of this urban/rural divide.

In responding to these and other myriad problems, Minister of Education Muhyddin could not venture beyond the banalities. I wish he and his officers would tackle head on the specific issues raised here. You do not need to convene yet another expensive commission or blue ribbon committee. God knows, we already have plenty of those already. The problems are obvious; so too are the remedies. With some political resolve and concentration of effort, plus a wee bit of intelligence and imagination, you would go a long way in ameliorating these problems.
- April 09, 2012 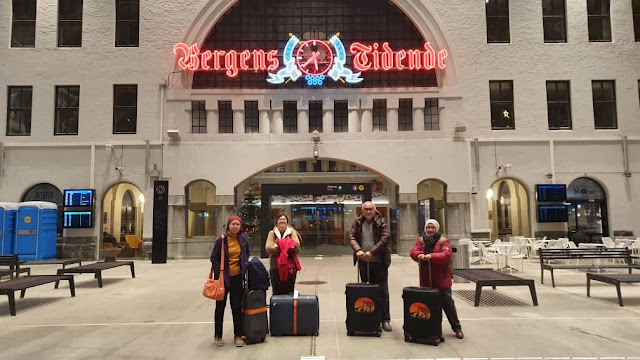